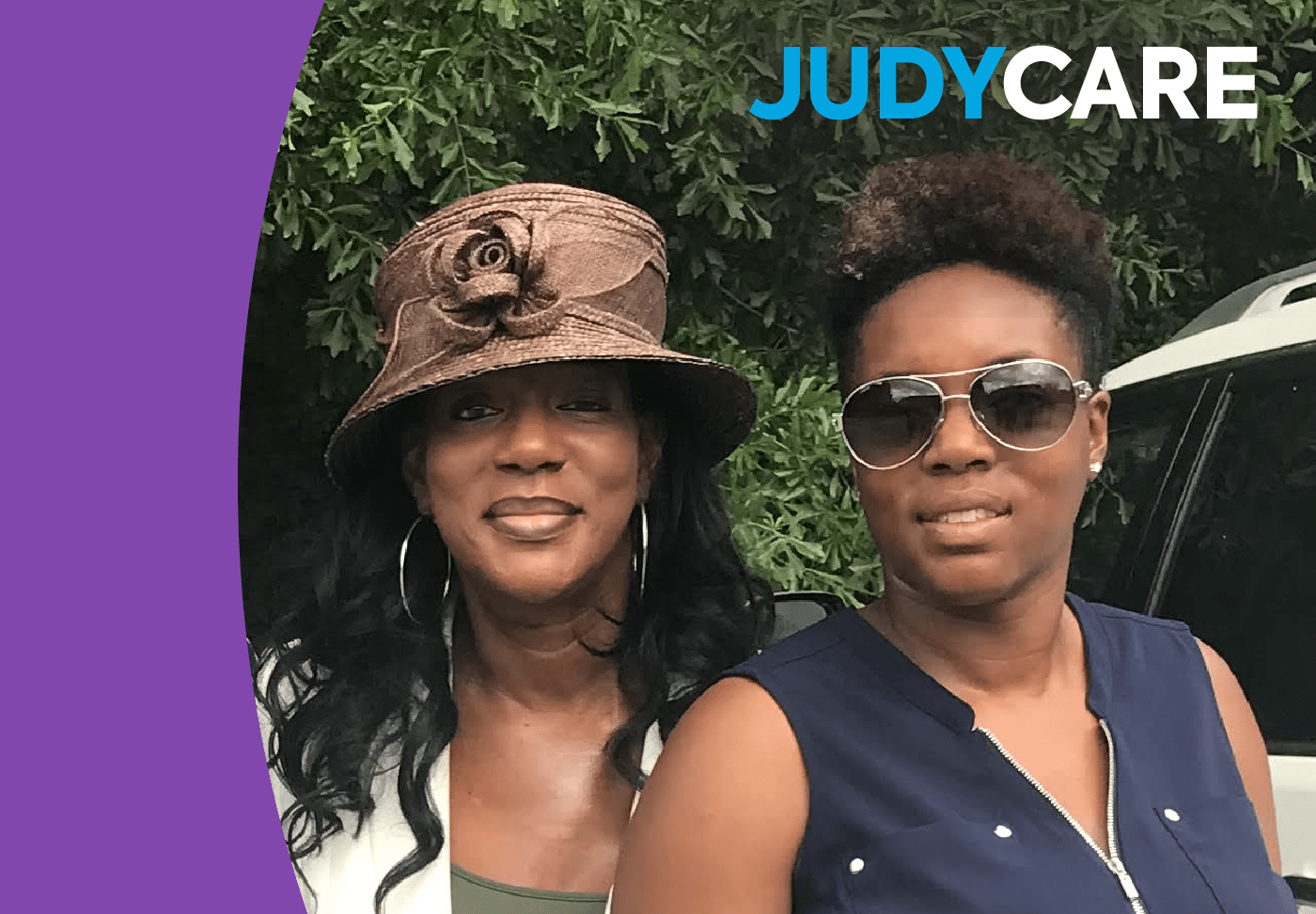 Judy Robinson finished her fifth tour as a civilian assisting the military in January of 2018. She prioritized visiting her mother, her three adult daughters and five grandchildren when she returned to Douglasville. Second on the list was scheduling her routine health checks, as required every year by the military, including having a mammogram.

Mammograms can catch cancer early and lead to better outcomes

A mammogram is a routine X-ray that takes a picture of the breast to identify early signs of breast cancer. Mammograms can catch cancer before it can be felt, sometimes up to three years earlier. When breast cancer is detected earlier, the outcomes can be better for patients.

At Wellstar Douglas Medical Center, Judy’s mammogram identified a lump in the breast. A biopsy confirmed it was cancer. This was the third time Robinson was diagnosed with breast cancer in 20 years.

“The most aggressive breast cancer I had was the very first time,” she said, explaining that when her breast cancer was treated in 1998, she had a lumpectomy (a breast-preserving procedure that only removes the abnormal tissue from the breast), radiation and chemotherapy.

Her daughters were school-aged children at the time, and Robinson’s mother helped with their care as Robinson underwent aggressive treatment.

“I went to work one day, and I thought to myself, ‘I can’t do this. This is too much,’” she remembered. “I saw their picture on my desk, and I thought, ‘You know what, Lord, I’ve got to hang in here for them.’ My whole attitude changed. It wasn’t about me or how I was feeling. It was about providing for them.”

She fought breast cancer and won, eating healthily, exercising and loving her family for nearly 10 years before it returned.

“I was on Tamoxifen (a hormonal therapy used to treat hormone-receptor-positive breast cancer), and it was so strong it threw me into menopause,” she said. “I was having hot flashes so bad, so I stopped taking it. If I would have stayed on it, it may not have come back.”

When cancer returned to her left breast, Robinson chose to have a mastectomy — complete breast removal and reconstructive surgery.

“My attitude for treatment was better the second time,” she said, smiling. “I would skip in there and bring that positive sunshine personality to rub off on everybody else!”

In 2018, she was diagnosed for the third time — this time, the breast cancer was in her right breast. She had a mastectomy at Wellstar Cobb Medical Center and breast reconstruction surgery in September 2020.

“Breasts don’t make or break us,” Judy said. “We are who we are as humans. It’s all about what’s in the heart. I’ve learned that. And, reconstructive surgery has its perks!”

Her oncologist recommended a long-term oral medication to help decrease the chance of the cancer returning. Throughout her treatment, Robinson found comfort by participating in a breast cancer support group at Wellstar Douglas Medical Center.

“I didn’t have any hair — I was wearing a wig,” she remembered. “I met a lady who had ovarian cancer, and it was amazing. I always find comfort in talking to others there.”

Robinson has had her share of health challenges, including living with multiple sclerosis, diagnosed around the same time as her third breast cancer diagnosis. But she has an incredibly positive outlook.

Robinson owns two service-oriented businesses and runs them with her sister and two of her daughters.

Nell's Place is a transitional home serving civilians and veterans with disabilities such as bipolar disorder and schizophrenia. Robinson goes above and beyond the call of duty, often playing the role of a family member in addition to that of a daily caregiver. She often takes groups of residents out to dinner to celebrate a resident’s birthday when their family is not involved.

Judy and her family also operate In Loving Hands Adult Day & Health, caring for seniors with Alzheimer’s Disease and dementia and children and adults with developmental disabilities.

“I look at my purpose for still being here as God’s purpose,” she said. “I don’t take anything for granted. He’s allowing me to be a good steward — to see about others, even in my condition. I’m still able to give, and I’m still able to love.”

Have you had a mammogram?

Screening can help catch breast cancer early and may improve outcomes after treatment. Learn more about mammograms and schedule one at a location near you. 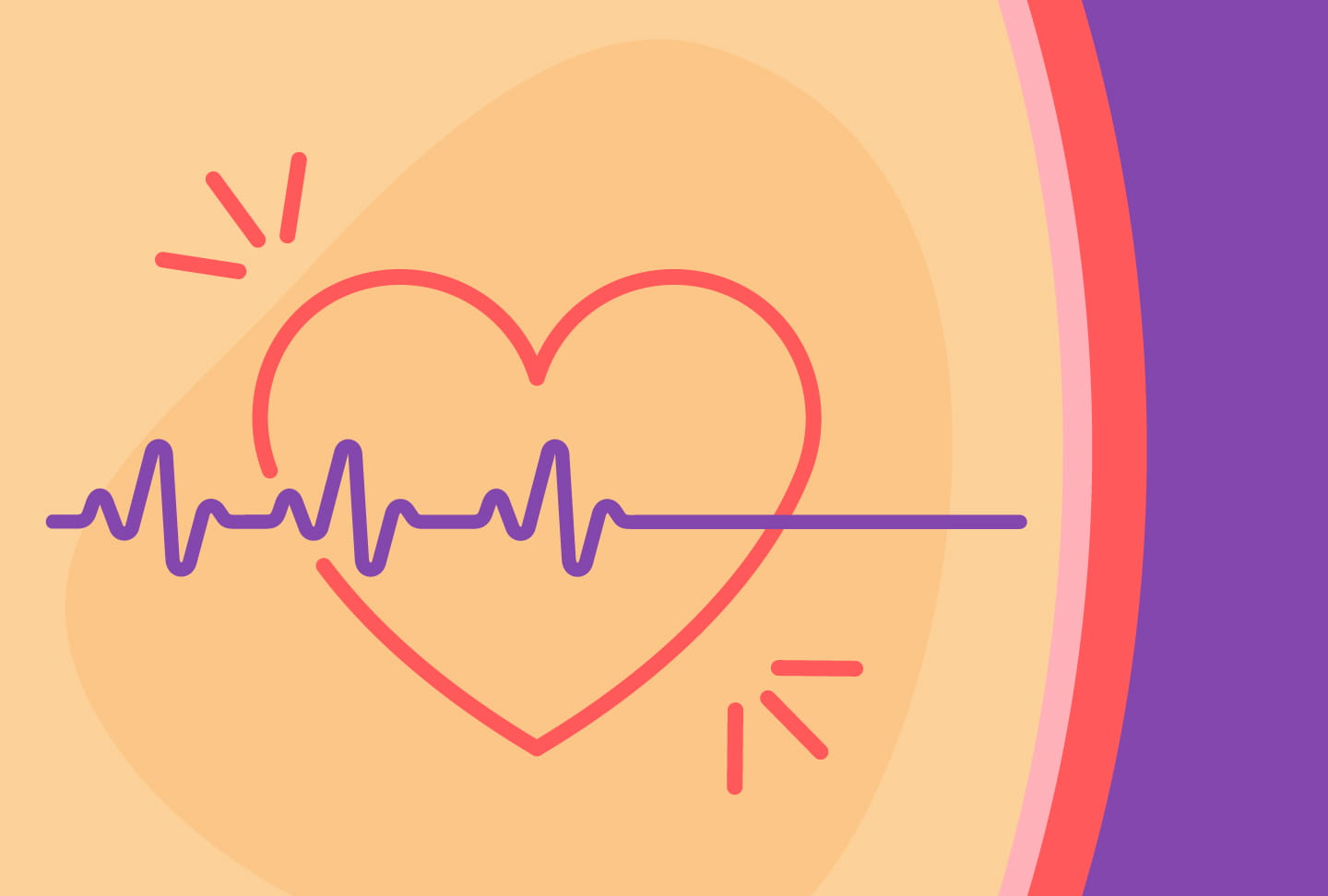 There aren’t many people out there who can say they survived cardiac arrest at 30. Kevin Miskewicz can.

According to the American Heart Association, more than 90% of people who experience an out-of-hospital cardiac arrest die. Those who survive often have permanent neurological disabilities. But Kevin’s story has an incredibly fortunate ending, thanks to the highly coordinated work of his medical experts at Wellstar.

Recovering from cardiac arrest is something Kevin will never forget. It lives forever as a piece of his health history — one that includes a dedicated healthcare team — and his wife, who was the first to save his life. 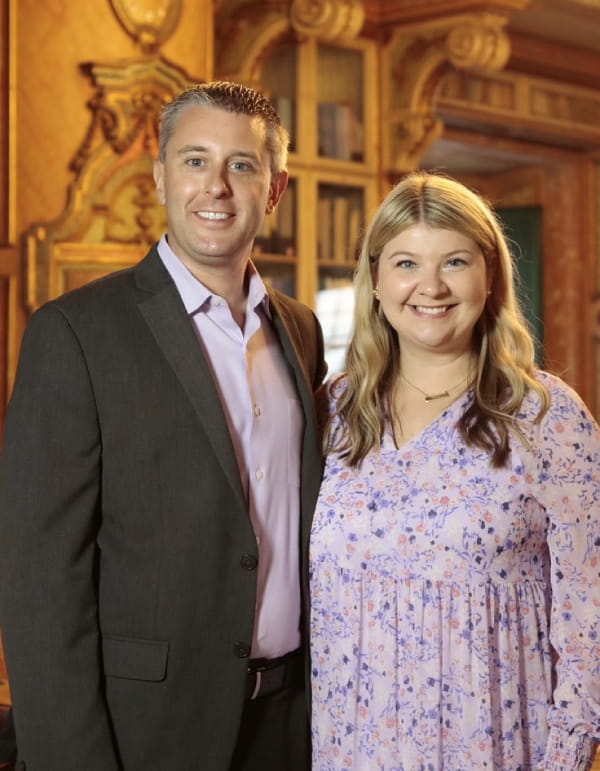 CPR to the rescue

Kevin woke up on Labor Day 2017 at 5:30 a.m. to take the dog out. Pausing to adjust the thermostat as he came in, he fell, knocking over a lamp.

He was in cardiac arrest.

With no symptoms and no known pre-existing condition, this was unexpected, but that didn’t stop his wife, Andrea, from jumping into action.

“If it weren’t for me knocking over a lamp when I passed out,” said Kevin, “she would have never woken up and saved my life.”

In addition to calling 911 and unlocking the door for the paramedics, Andrea performed CPR for 10 minutes.

“Kevin’s wife doing good CPR was critical,” said Dr. Arthur Reitman, the interventional cardiologist who was a vital part of Kevin’s treatment team at Wellstar Kennestone Regional Medical Center. “More than five minutes of poor blood flow to the brain can result in permanent irreparable injury from which a patient is unable to recover.”

Coordinating multidisciplinary care to save a life

When paramedics arrived at Kevin’s home, he had no pulse and was not breathing. As the paramedics performed their lifesaving work, he technically died two times.

The ambulance took him to Wellstar North Fulton Medical Center, where he was initially assessed and treated by Dr. David Jacoboff. The interventional cardiologist implanted an intra-aortic balloon pump to stabilize him. Then, he transferred Kevin to Wellstar Kennestone Regional Medical Center for highly specialized heart care.

When Kevin arrived at Kennestone by helicopter, his heart function wasn’t strong enough to support his body. Dr. Reitman and a team of doctors including a cardiologist, a pulmonologist and critical care doctors worked in tandem to put Kevin on an advanced life support system called veno-arterial extracorporeal membrane oxygenation. Better known as VA-ECMO, it took the heart “offline” so it could heal. The technology removed unoxygenated blood from his body, oxygenated it and pumped it back in for the next three days.

“Very few places in the state — only four or five hospitals — have the technology and specialized training to put a patient on ECMO,” Dr. Reitman explained. 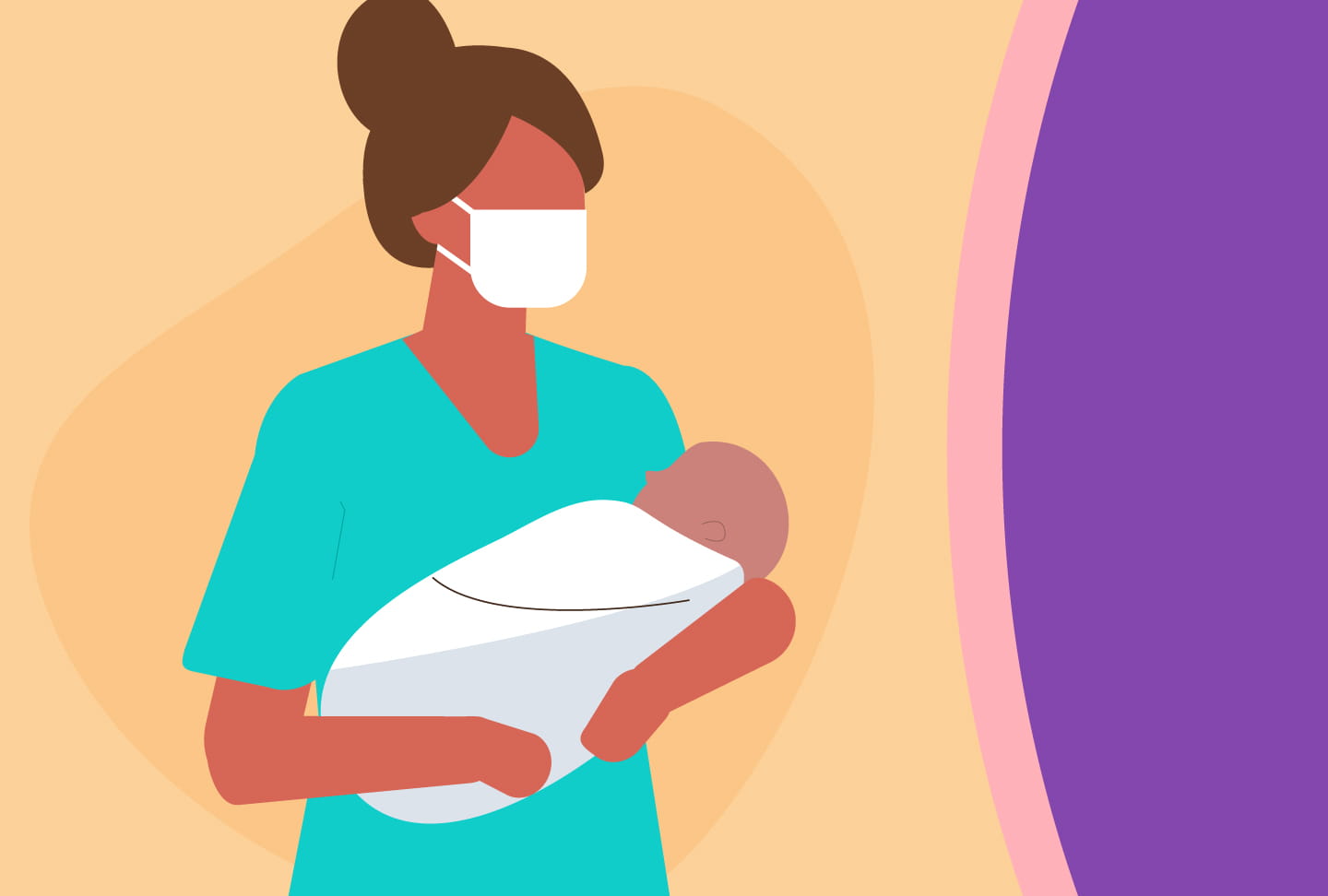 From welcoming a child to well woman’s exams and health education, women have a partner and advocate in Wellstar’s certified nurse midwives.

Midwives are registered nurses who have received additional education and training in comprehensive care for women. While they may be associated with childbirth — and do support patients through every aspect of labor and delivery — they also offer personalized care for women through every phase of life.

“Midwives do everything spanning from well women’s health, like annual exams, birth control, IUDs and Nexplanon insertions, to all of the prenatal care, so taking care of women from the time of conception throughout delivery and postpartum,” said Emily Goolsby, a certified nurse midwife at Wellstar.

Midwives collaborate with other members of a patient’s care team, including nurses and OB/GYNs, to provide comprehensive care during birth. Whether the patient has a natural childbirth or a medically-assisted birth, midwives provide personalized, expert care and advocate for the patient.

“We support all aspects of birth. We are there for the patients who are laboring naturally and want to be on the birthing ball or moving around, but sometimes the patient says their goal is to feel as little pain as possible,” Goolsby said. “Then, my goal is to advocate for those interventions as soon as possible. It’s all about making the birth experience what our patients want and supporting our patients in that environment.”

Numerous studies have shown the highest quality comprehensive birth experiences come from a multidisciplinary treatment team of midwives and OB/GYNs supporting and caring for a mom together.

“We’re championing for patients’ best outcomes and their babies, and it tends to decrease interventions overall that are unnecessary,” Goolsby said.

After the patient gives birth, midwives support patients through education on parenting topics such as breastfeeding and newborn care.

Midwives care for patients at these Wellstar locations — Wellstar Cobb, Douglas, Kennestone, North Fulton, West Georgia and Spalding medical centers. If you already have a Wellstar OB/GYN, ask your provider about working with a midwife. If you need a new provider, find a Wellstar OB/GYN location near you. 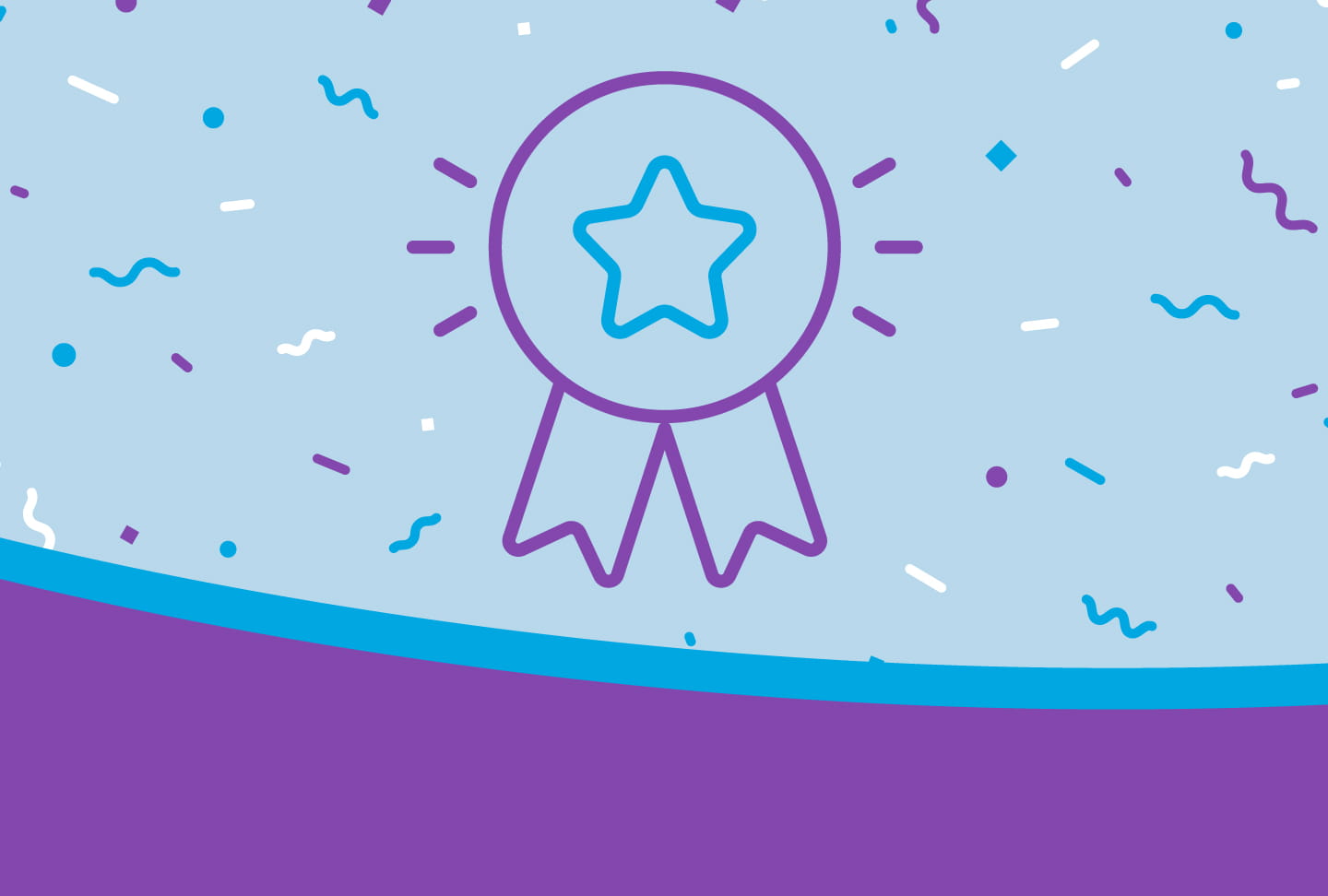 Wellstar is dedicated to serving our communities with high-quality care that’s conveniently located and accessible when it is needed most.

Several Wellstar facilities have been recognized in the U.S. News & World Report Best Hospitals rankings for providing world-class care in a variety of specialties, including cardiology, neurology and cancer care. Hospitals ranked as high-performing in an area of care are in the top 10 percent in the country.

Our team is grateful to be recognized for our care and looks forward to continuing our mission to enhance the health and well-being of every person we serve. To learn more about care at Wellstar, call (770) 956-STAR (7827).

Wellstar Cobb Medical Center was recognized as high-performing in treating:

Wellstar Kennestone Regional Medical Center was ranked 32nd in the nation for rehabilitation services and the hospital ranked ninth in the state overall. It was also named a Best Regional Hospital and was recognized as high-performing in the following procedures and treatments:

Wellstar Paulding Medical Center was named high-performing in care for:

Wellstar Spalding Medical Center was recognized as high-performing in treating: