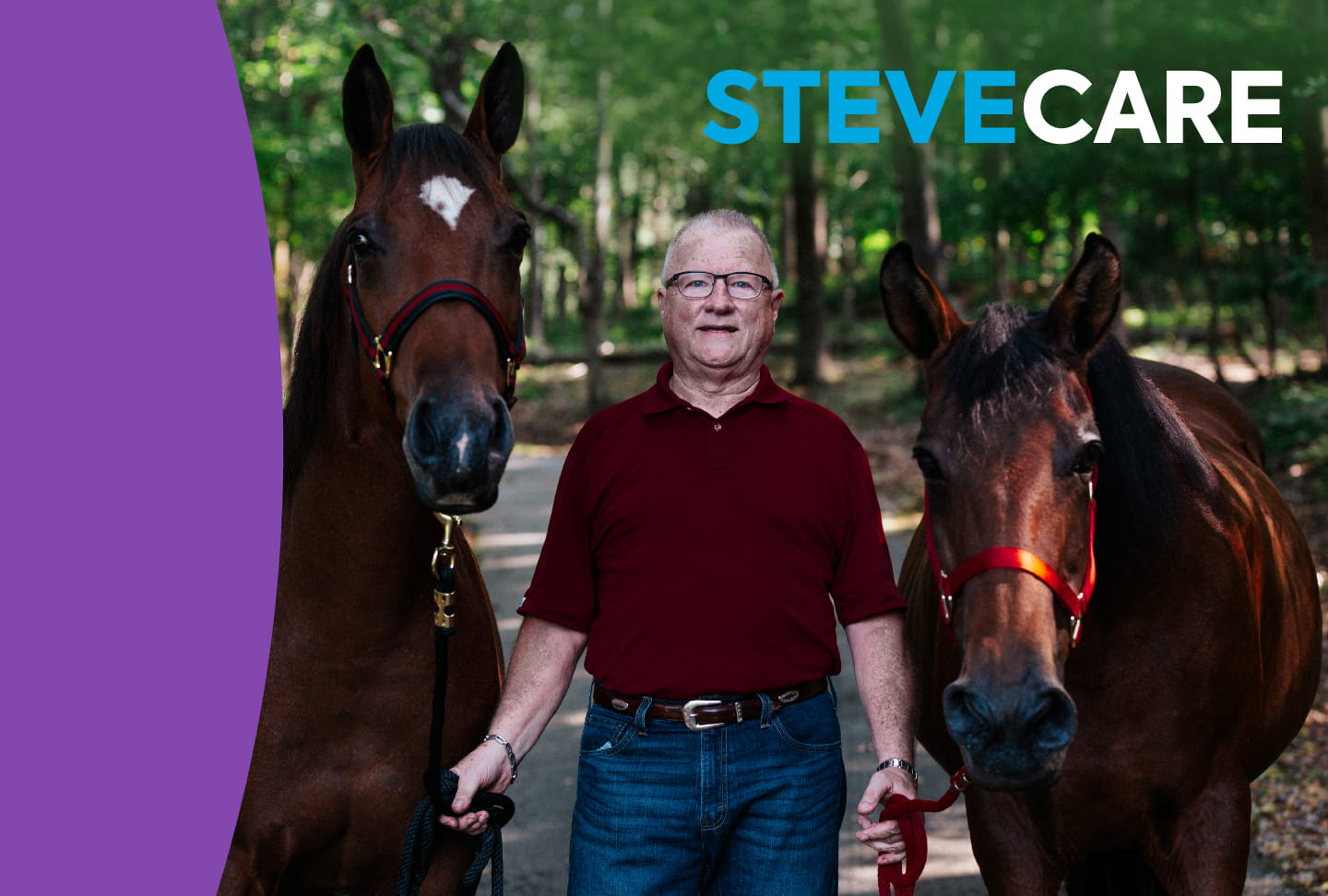 Steve Shelton, a retired middle school principal who lives in Villa Rica, is living life to his fullest years after having a robotic prostatectomy in December of 2014. The procedure was performed by Dr. Justin Watson at Wellstar Kennestone Hospital.

Robotic prostate cancer surgery has several key advantages over the more traditional approach. It shortens the time spent in a facility following a surgery. It also reduces surgery site blood loss, scarring and pain, and speeds up recovery. This method also has the potential to preserve nerves.

Steve remembered he was in his fourteenth year serving as the principal of Mount Paran Christian School Middle School when his urologist, Dr. Thomas Emerson, broke the news that he had cancer.

“I had to lean up against the wall for a minute,” Steve said. “Dr. Emerson drew out diagrams and presented us with all of our options. My wife, Brenda, and I made the decision right then that I was going to do the robotic surgery. I wanted to be decisive and take action and I wanted the cancer gone.”

“The robot allows us to see the prostate better and spare the nerves, which can preserve sexual function,” said Dr. Watson.

Prevention is the key to better health. It's very important to see your physician regularly so that we can screen for these abnormalities before they cause symptoms, let alone any type of health threat.

While Wellstar gives patients access to advanced medical technology to treat prostate cancer, early detection is the key to catching the disease in its early stages.

Over the course of a few years before his diagnosis, Steve and his doctors had tracked his PSA rising slowly.

“Prevention is the key to better health,” said Dr. Scott Miller, Wellstar’s medical director of urologic services and robotic surgical services. “It's very important to see your physician regularly so that we can screen for these abnormalities before they cause symptoms, let alone any type of health threat.”

“It was absolutely reassuring that these doctors were not going to jump right into treatment,” Steve said.

When his PSA numbers reached levels of concern, Dr. Emerson referred Steve to a colleague to perform a biopsy to confirm the suspicion of cancer. Steve remembers Dr. Emerson explaining that Dr. Justin Watson was a scholar in the field and had a high level of training and experience in robotic surgery.

“Justin was so warm and reassuring,” Steve remembered. “I knew God had provided a great doctor and I didn’t have worries.”

The biopsy confirmed that it was cancer and Steve moved forward with a robotic prostatectomy by Dr. Watson.

“The whole atmosphere in that surgical suite was one of caring, concern and competence,” Steve remembered. “It was like I placed my life in the hands of a loving family.”

After his prostatectomy, Steve returned to finish his last year at Mount Paran, and then retired from his 45-year career in education. He and his wife moved to Villa Rica to a 14-acre horse farm they share with Sophi, a Spotted Saddle Horse, and Jack, an American Quarter Horse.

“We love being here,” said Steve, saying he spends a fair amount of time riding on their property’s pasture. “And I don’t take health for granted. I’m grateful for every single day.”

Now available as an outpatient or same-day procedure

Dr. Watson collaborated with Dr. Miller – who performed the first robotic prostatectomy in the state – to make the prostatectomy procedure available to patients as an outpatient procedure. In 2019, Wellstar became the first health system in metro Atlanta to offer outpatient prostatectomies. Since that time, only about 10% of patients who have their surgery performed in the morning choose to stay overnight.

Learn more about the benefits of having an outpatient robotic prostatectomy at Wellstar.