At Wellstar, people are at the center of everything we do, from compassionate medical care in hundreds of locations across Georgia to your online experience of accessing that care. That's why we've redesigned our website with you in mind.

Our new website is crafted to enhance your healthcare experience and features a clean, modern layout that will make it even easier for you to access physicians, make appointments, find services and locations nearby, and so much more.

PeopleCare at Your Fingertips

The new and improved wellstar.org is part of the ongoing evolution of the Wellstar brand and yet another example of PeopleCare. We want to make sure that you get the information and resources you need as quickly as possible.

The updated, mobile-friendly online presence will help you find critical resources in just a few taps. You can easily locate helpful features like “Find a Doctor” and “Pay Your Bill” directly on the homepage. If you are visiting another page on the website, simply click the “For Patients and Families” tab on the top left of the menu bar.

Get the most up-to-date information from our health experts by heading to the COVID-19 Resource Center. You'll receive the latest news on the COVID-19 vaccine, testing and other helpful tips like how to care for a sick loved one and managing your mental health during the pandemic.

Moving Forward & the Future of Wellstar.org

In addition to the user-friendly design and up-to-date information, our new modern platform provides enhanced stability and security. That means you can always feel safe when browsing our website or paying your bill online.

This launch is just the beginning for wellstar.org, as we continue to address the ever-changing healthcare needs of the community. We hope you like our new digital home!

If you have any questions, comments or concerns, please contact us at online@wellstar.org. As a Hall of Fame basketball star, Dominique Wilkins knows what it takes to stay on top of his game. He’s even nicknamed “The Human Highlight Film” for his legendary slam dunks and athletic ability on the court.

Performing at such a high level, he felt invincible. But after receiving a type 2 diabetes diagnosis at age 40, Dominique was caught completely off-guard.

Turns out, even the pros are at risk for chronic conditions.

“When I was diagnosed with diabetes a year after I retired, it was frightening because both my father and grandfather passed away from type 1 diabetes,” he shared. “It quickly changed my life.”

Dominique didn’t let the news stop him from taking charge of his health. He turned his diagnosis into determination.

Dominique has focused on becoming the healthiest version of himself by eating right, exercising regularly and taking medication.

Ever since teaming up with Wellstar, his rebound has been doubly impressive. Here, he’s found expert care and support to help him live a full, healthy life. 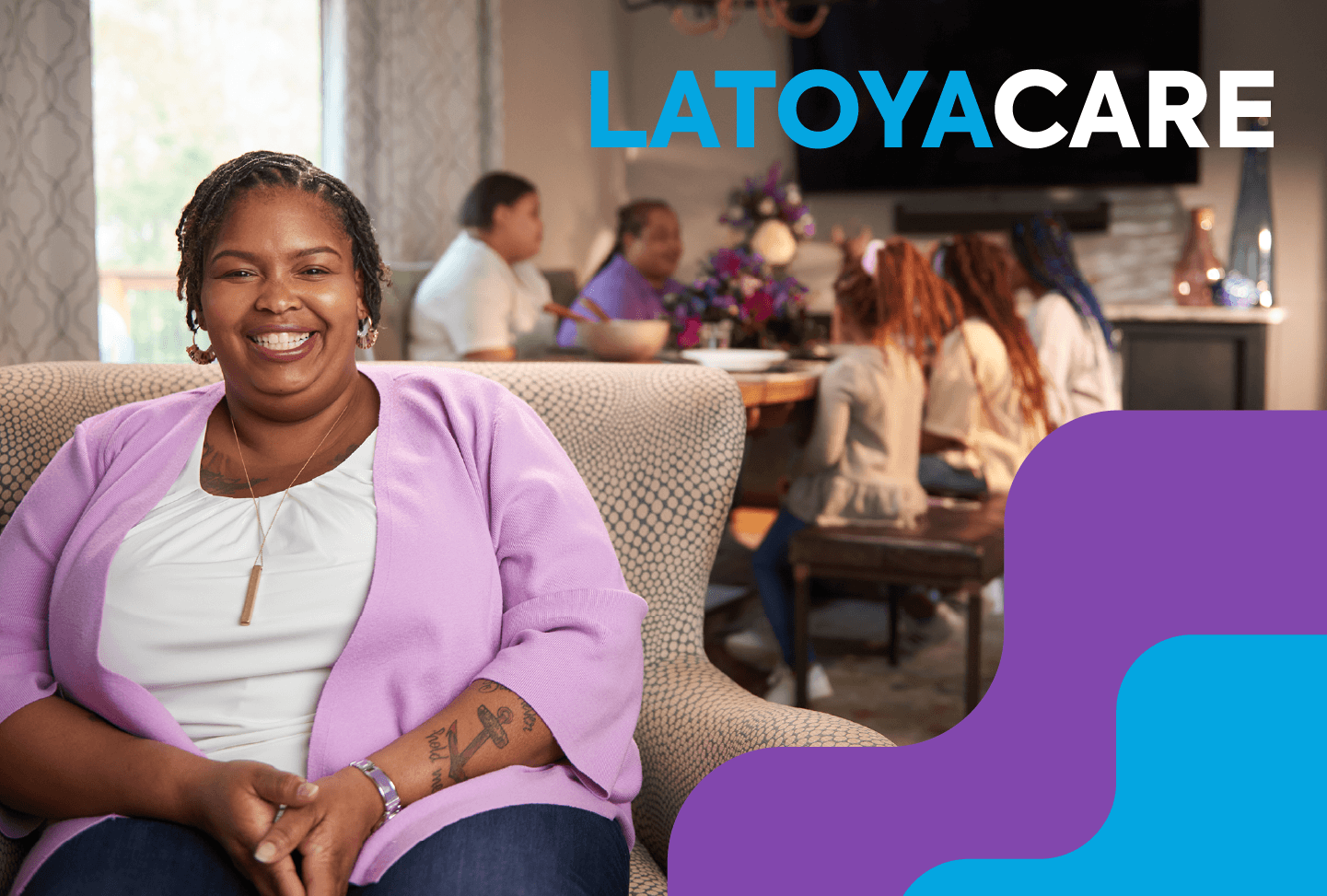 In Latoya Jordan’s world, “family comes first” is more than a mantra. It’s a way of life, as a wife and mother raising four fearless daughters.

While living in New York, Latoya learned how to be strong, determined and face challenges head-on — lessons she now instills in her own children. These traits proved useful when the Jordans resettled in the South at the start of the COVID-19 pandemic.

But between the big move and preparing the girls for virtual school, Latoya found it difficult to squeeze in any ‘me time.’ Caring for her little ones often led to putting her own health last.

However, with two different heart conditions — a murmur and high blood pressure — the mother needed tailored care to live her fullest life.

With the help of Wellstar, Latoya got expert care to stay heart healthy, right in her new neighborhood. But beyond that, she found a trusted healthcare family that had her covered when it came to her well-being. 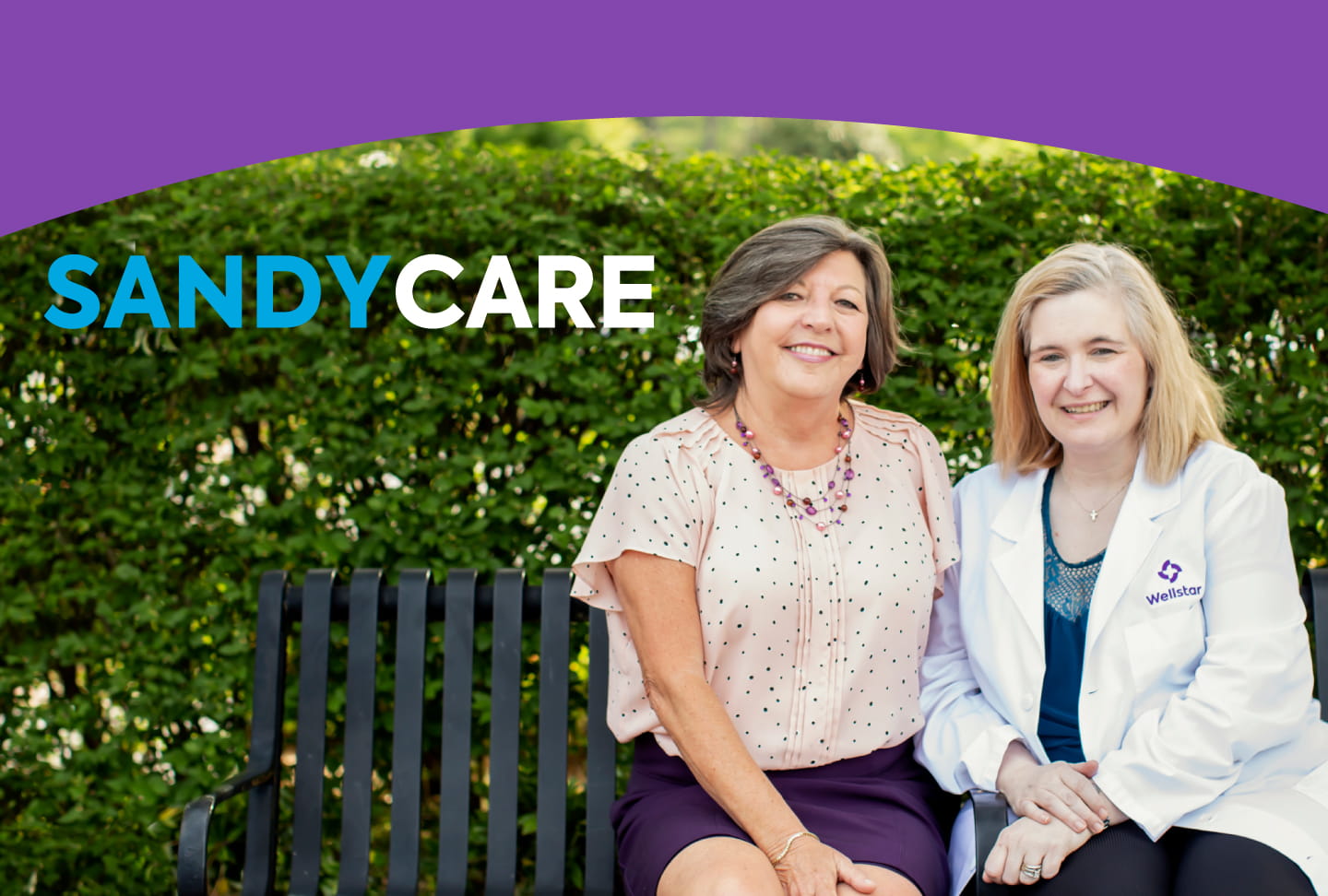 The roots Sandy Kaecher has built in Paulding run deep.

When she moved to Dallas, Georgia over a decade ago, Sandy wanted to make a real difference in her adopted hometown. From countless hours of volunteering to serving on the county commission, she has been a pillar in the community from the beginning.

In 2014, she even attended Wellstar Paulding Hospital’s groundbreaking ceremony, eager for the area to have easy access to world-class healthcare. However, she never expected to battle breast cancer at the same facility years later.

During her fight, Sandy partnered with an entire team of cancer experts, right here in her beloved community. She also found comfort and strength in a new bond with Wellstar Nurse Navigator Kellie Mitchell, who was by Sandy’s side through her toughest moments.

Every step of her cancer journey, Sandy got unending support from Wellstar — and even a true, lasting friendship, too.

In 2018, while Sandy was gearing up to run in the local election as the first female Paulding County Commissioner, she wasn’t aware that her body was already fighting a battle of its own.

Sandy noticed dimpling on one of her breasts, and knew something wasn’t right.

The distinctive dimpling that Sandy experienced is one warning sign women can watch for between their annual mammograms. During a breast self-exam, women can use their eyes and hands to inspect their breasts for new or concerning changes.

Abnormalities may include a new lump, swelling or thickening of the tissue, red or flaky skin, pulling in or pain in the nipple area and change in size or shape of the breasts.

Breast self-exams are an important way women can stay in tune with their bodies. However, at-home checks are not a substitute for getting a mammogram done by an imaging expert. These screenings are crucial to catch what the naked eye can’t see and detect health issues, such as breast cancer, in its early stages.

That’s why Sandy brought her concerns to her primary care physician right away.

It wasn’t long before she was connected with the cancer team at Wellstar Paulding Hospital. There, she received a follow-up mammogram and ultrasound to discover what was the underlying cause of the dimpling.

The advanced imaging technology flagged abnormal results. Her care team got an even better picture of what was going on inside her body after a biopsy.

The results were clear: Sandy was dealing with a complex case of breast cancer. Based on the high-tech images, the cancer had woven in and out of the breast tissue, making it more complicated to treat.

With her expert Wellstar cancer team ready to battle beside her, Sandy summoned her fiery spirit and prepared for the fight.