“I remember being in the ED, then waking up in a hospital room 11 days later with machines all around me,” said Bohlmann, 58. “My family from Wisconsin was there. No one was sure I would pull through.”

Bohlmann underwent surgery to repair her perforated bowel, which included creating a hole in her abdomen so the contents of her small intestine could empty into an external pouch. Called an ileostomy, the procedure allows the intestine to heal.

We were impressed with the care and collaboration. The nurses and doctors worked together to coordinate my care plan, and always took the time to provide thorough explanations.

Because of her serious infection, surgeons did not close her large stomach wound to eliminate the risk that it would become a breeding ground for more bacteria. Unfortunately, an incision related to a recent breast surgery also became infected. The wounds fused into one large wound, which was treated with negative-pressure therapy, a therapeutic technique that suctions fluid and promotes healing.

“Heidi spent 48 days at North Fulton, first in the Intensive Care Unit, then in a regular room, then in rehabilitation,” said Gonzalez. “For a while, she was on a breathing machine and dialysis because her kidneys shut down, and she needed multiple infusions to treat the infection. Then she began outpatient therapy. When her wounds healed, she underwent an ileostomy reversal. Her body was so weak, she had to learn to walk again. Today, a year later, she’s a walking miracle. She was a model patient.”

Bohlmann said she did everything her clinicians recommended so that she could fully recover. “I followed the advice given by Debra and wound care specialists Melissa, Karen and Angela,” she said. “I did not shower for a year so I could keep my wound dry. I ate plenty of protein and took the recommended supplements.”

Though Bohlmann acknowledges she was an active participant in her care, she and her husband Steve, who was constantly by her side, credit North Fulton’s multidisciplinary team with her recovery.

“So many clinicians were involved in my care, including general surgeon Mark Middleton, MD, infectious disease specialist Manuel Castro-Borobio, MD, assistant director of rehabilitation Brent Clower, DO, Phillip Byrd, MD, interventional radiologist, and cardiologist David Jacoboff, MD,” said Bohlmann. “We were impressed with the care and collaboration. The nurses and doctors worked together to coordinate my care plan, and always took the time to provide thorough explanations.”

“In fact, everyone at North Fulton went above and beyond, from the technicians to the cafeteria staff. Vicky, a cafeteria team member, was impressed with Steve’s dedication to my wellbeing, so she came by to meet me. We felt so cared for, like we were part of the North Fulton family.”

The Bohlmann’s recently brought lunch to the Wound Care & Hyperbaric Center staff and the inpatient rehab team to show their appreciation. “I’m very thankful for the care I received at North Fulton,” said Heidi, who plans to volunteer at the hospital.

From saving lives with advanced medical care to fighting COVID-19 on the frontlines, our expert emergency team has truly risen to the challenge over the last year — and we’re just getting started.

At 263,000 sq. ft., our Level II Trauma Center is more than double the size of the hospital’s prior ED. However, it’s not just the impressive size of the building that sets it apart.

With cutting-edge technology, leading treatments and expert providers always at the ready, the Wellstar Kennestone ED delivers better, faster care when it matters most.

PeopleCare when it counts

When it comes to emergency care, every second matters.

From top to bottom, the new ED is built to save lives. The innovative layout includes separate care zones based on medical service, level of care and age, allowing us to treat patients faster. We even have a full-service pediatric area so our littlest patients can receive specialized, kid-friendly care.

Since its opening on July 23, 2020, the Wellstar Kennestone ED has:

While those may be a lot of statistics, Wellstar never treats people like a number. With the ED’s high-tech capabilities and smart design, our medical experts can still personalize care even amid a life-threatening situation.

So, whether you or a family member experiences a traumatic injury or sudden medical emergency like a heart attack or stroke, the Wellstar Kennestone ED offers quick, effective emergency care close to home.

Emergencies don’t stop — even during a pandemic. When the Wellstar Kennestone ED opened during the height of the COVID-19 outbreak, Georgians still needed to find safe emergency care.

Today, the Wellstar Kennestone ED is continuing to protect the people and communities we serve. From emergency surgery to expert trauma care to behavioral health services, we make sure people can get the emergency care they need without going far.

Learn more about the Wellstar Kennestone ED and how we are making a difference in Georgia. 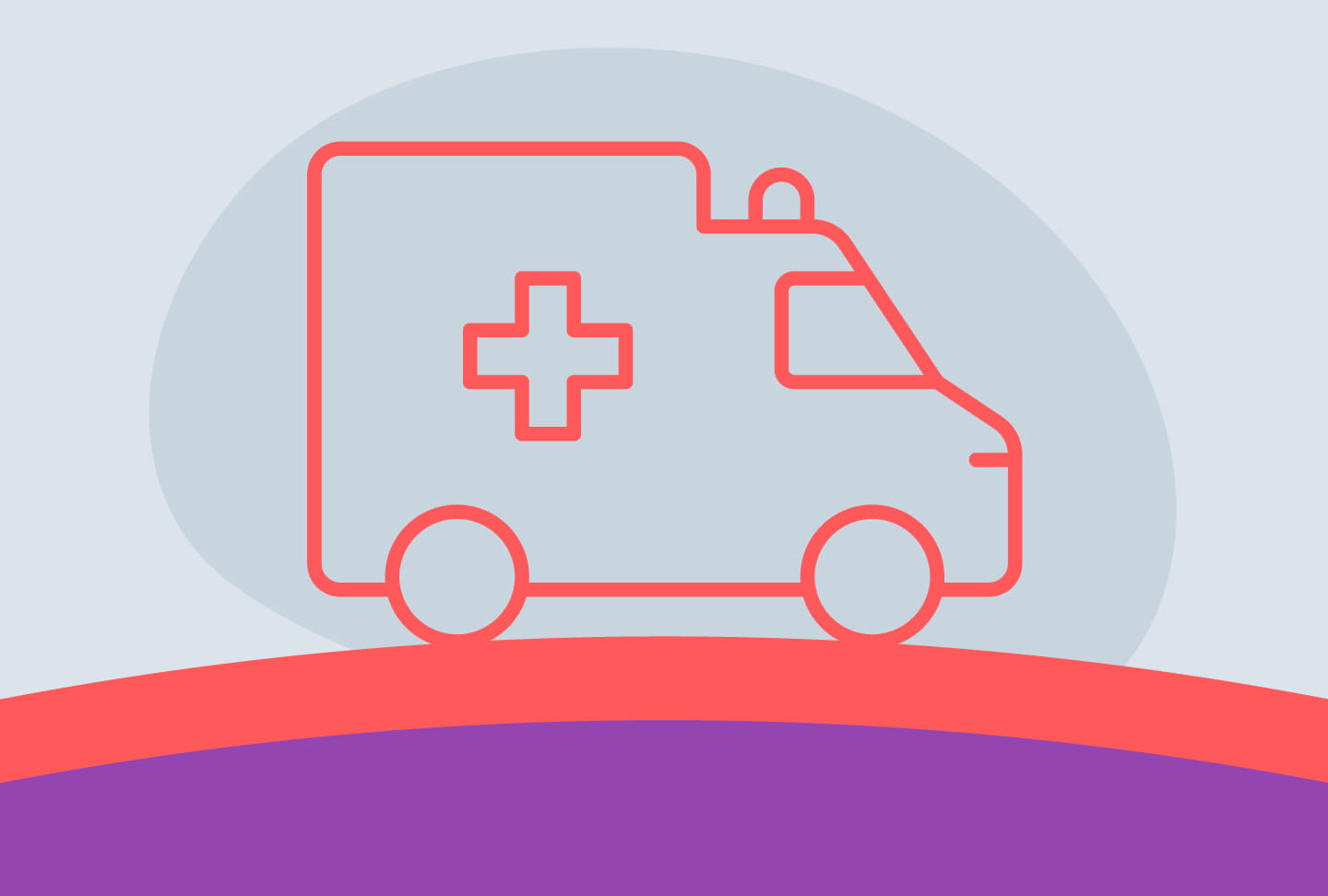 When a stroke or heart attack strikes, every second matters. Saving time could mean saving a life, and it’s crucial that medical treatment starts right away. That’s why in the case of a heart attack or stroke, call 911 immediately — don’t drive yourself or another person to the hospital.

Emergency Medical Service crews are trained to start life-saving treatment on the way to the hospital, minimizing damage to your heart or brain. They can also conduct and interpret electrocardiograms to diagnose a heart attack in the ambulance.

You also don’t want to drive if you are experiencing a heart attack or stroke yourself because your condition could worsen on the way to the emergency department and impact your ability to stay safe on the road.

“If you're having an emergency, which could be severe abdominal pain, chest pain, shortness of breath, weakness that you can't really explain, you've got to call 911,” said Dr. Ed Malcom, an emergency medicine physician at Wellstar North Fulton Hospital. “The ambulance and the EMS services will get you to the emergency department in a safe way, and we will get you taken care of.”

When a patient has a heart attack, ambulance crews communicate with our cardiac team on the way to the hospital, bypassing the emergency department and diverting directly to the cardiac catheterization lab, where our team is ready to restore blood flow to your heart. Calling 911 means reopening the heart artery sooner. And when someone has a stroke, it’s also crucial to take action right away — the sooner you seek treatment, the more brainpower can be saved.

To learn more about how Wellstar treats heart attacks and strokes, visit our heart care and neuro care pages. No one expects to have a stroke — much less one that is rare or complicated to treat. However, these life-threatening medical events can happen to anyone, at any time.

“Wellstar has nine hospitals that provide stroke care in our network,” said Dr. Rishi Gupta, director of stroke and neurocritical care with Wellstar Health System. “Each of these locations is in communities that have high stroke rates in metro Atlanta.”

With the largest Joint Commission Stroke Certified hospital network in the Southeast, Wellstar is saving more lives with the stroke capabilities.