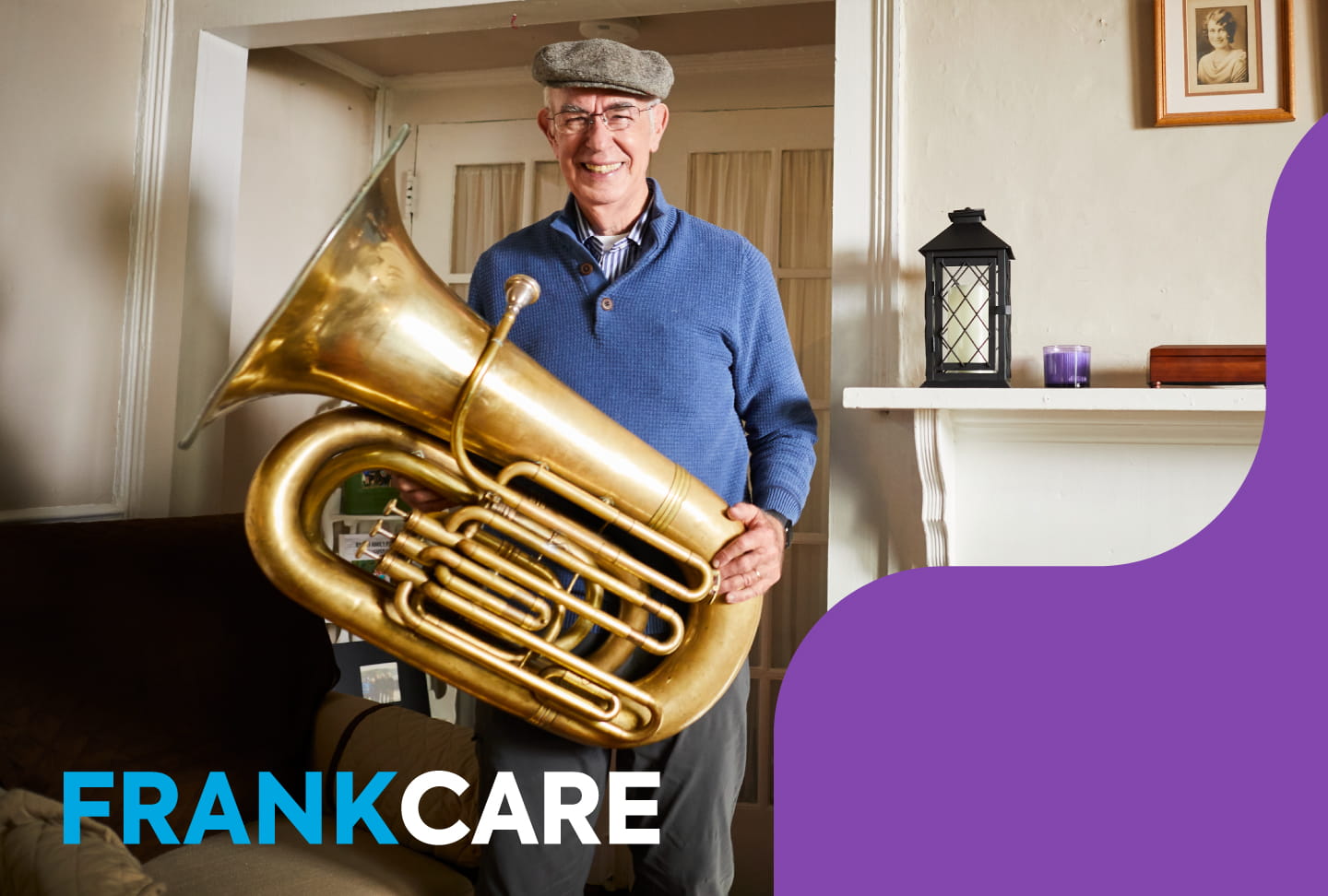 Frank plays the tuba in the New Horizons Band.

“Frank’s heart was racing,” said Dr. Simonoff. “He was also experiencing heart palpitations, fatigue and shortness of breath. That’s when I discovered his heart was out of rhythm.” Dr. Simonoff diagnosed him with atrial fibrillation (AFib), which occurs when the upper chambers of the heart — known as atria — beat irregularly and fail to pump blood efficiently to the rest of the body.

“I haven’t had a problem ever since then, and I’ve been taking my medication to prevent it from happening,” Frank announced. “It’s fully under control.” Dr. Simonoff sees these symptoms frequently and knew that the AFib Clinic at Wellstar Kennestone Hospital could help Frank. This highly-specialized team provides a thorough clinical evaluation of patients with AFib.

See how a heart screening at Wellstar can help you fight against heart disease.