Neurosurgeon with Wellstar since 2020. 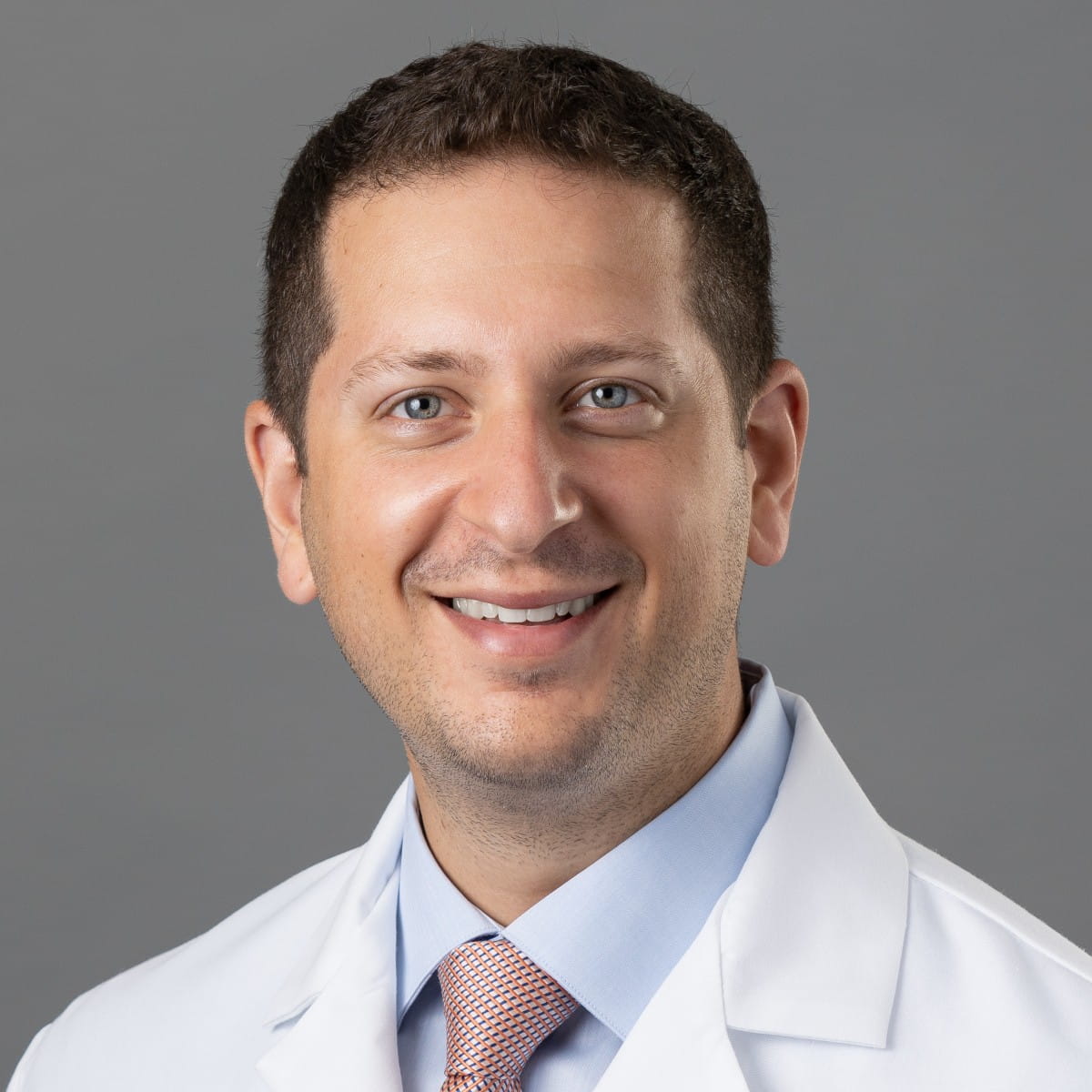 Neurosurgeon with Wellstar since 2020

Based on 104 patient ratings

I'd recommend this provider to family and friends

Shared the right amount of information

Wellstar is home to a new tool that is improving treatment for patients experiencing intra-cerebral hemorrhages, or bleeding strokes.

Wellstar Neuro Care has been on the cutting edge of minimally invasive procedures and surgeries for patients suffering with strokes and hemorrhagic strokes. This latest treatment offers minimally invasive surgery for a disease with devastating outcomes. The Artemis Neuro Evacuation Device uses a neuroendoscope — a small tube with a camera — that is inserted into the brain to reach the bleeding in areas of the brain that were previously unreachable by neurosurgeons. The clot is pulled out using the end of the tube, either with suction or a device that eats away at the clot.

Wellstar is a leader in this groundbreaking treatment — only a handful of health systems in the country offer it. Now, Wellstar patients can access this care close to home, which is especially crucial for brain bleeds — a condition that has been nearly impossible to treat in the past.

While 80% of strokes occur because a blood vessel in the brain or neck is clogged, these deep-in-the-brain, often fatal bleeding strokes can be difficult to access without damaging other parts of the brain. Often, these patients’ conditions are managed with therapies to keep the pressure in the head down. Bleeding strokes are dangerous as well — about 40% of people who experience one die within 30 days, and 75% are severely disabled, according to Wellstar Neurosurgeon Dr. Benjamin Zussman.

However, innovative technology like the FDA-approved Artemis system can improve those outcomes, and Wellstar is keeping that world-class care close to home. The tool has been used at Wellstar North Fulton Medical Center and Wellstar Kennestone Regional Medical Center.

“With the cutting-edge Artemis tool and new protocol for treating these difficult types of brain bleeds, we can be safe about the removal of these clots deep in the brain. It's a ‘finesse’ tool,” Dr. Zussman said. “We can access and remove the clot without damaging other parts of the brain, which can heal faster and better. It saves lives and saves quality of life.”

To learn more about stroke care at Wellstar, visit wellstar.org/neurocare.

To say Cindy Mejia is “busy” is an understatement.

She’s constantly crunching numbers as an accounting manager for a large research institute, trying out new recipes in her kitchen at her Roswell home, or trying to keep up with her little granddaughter (who just discovered how much fun it is to run).

But one Wednesday in September, Cindy woke up and reached for her computer, trying to get an early start to her workday. She felt a little groggy and couldn’t remember her password but didn’t immediately realize something was wrong.

Then she stood up. Her right arm and leg weren’t functioning, and that’s when Cindy knew what was happening — she was having a stroke.

“The first thing I thought was, ‘I need to get to Wellstar North Fulton right away,’” Cindy said. “I knew the hospital was nearby and has a good reputation.”

That decision ultimately saved her brain and life.

For Cindy, the critical care she needed was close to home, too — she lives four miles from Wellstar North Fulton Hospital. There, her care team sprang into action, bringing her the treatment and peace of mind in a moment of crisis.

“From then on, I felt well taken care of,” Cindy said. “I was relieved, and I knew I was going to be OK.”

When a patient has a stroke, every second matters. Each minute that ticks by could be the difference between a permanent stroke and a return to routine. So at North Fulton, Cindy’s care team assembled quickly to save her brainpower.

“We’re like the pit crew on a NASCAR team,” said Dr. Ed Malcom, a Wellstar emergency medicine physician. “We have our emergency stroke care response down to a science. Everyone knows their role and works together to act quickly.”

Cindy was one of the first patients at North Fulton to benefit from the hospital’s newest addition to its stroke program. While North Fulton has been a primary stroke center for years, the introduction of thrombectomies at the hospital gives patients a close-to-home, life-saving option for stroke care — saving them both time and brainpower.

A thrombectomy is a minimally invasive procedure used to unclog an artery, restoring blood flow to the brain and preventing further damage. It does not involve cutting of the brain but instead starts with the insertion of a catheter through the patient’s groin.

“Recently, we’ve developed our own capability right here in the North Fulton area to pull the clot out of the brain. That’s a giant leap forward,” Dr. Malcom explained. “It's good for the whole state because there's only a handful of hospitals that do that, and it's good for the residents that live in that North Fulton area to have a hospital so close. They don't have to take a helicopter ride somewhere to get that procedure done. It saves time.”

For Cindy, having that procedure just a few miles from her home, right when she needed it, helped save her brain function.

“If Cindy would have gone to a different hospital that didn't provide this care, then it would have been a long time before she was able to have blood flow restored to the brain,” Wellstar Neurosurgeon Dr. Benjamin Zussman said, explaining how critical each section was when it came to Cindy’s care. “The delay could have been 30 minutes or even an hour, and it's possible that she would have had permanent stroke, permanent damage to her brain instead of making the recovery she did.”

Offering thrombectomies at North Fulton has brought long-needed stroke services to the area north of Atlanta, so patients like Cindy don’t have to travel into the city through busy traffic to get the treatment they need.

“In a city like Chicago or New York, there are almost eight or nine stroke centers that provide thrombectomy in a city,” said Dr. Rishi Gupta, director of the stroke and neurocritical care program at Wellstar. “Here in metro Atlanta, we have only had three for a long, long time. So, being able to provide care for patients in the northeast corner of our city is crucial because almost 2 million people live in that quadrant.”

“Any disease that is time-sensitive where patients need to get to the hospital quickly, get treated quickly — the geography is everything, particularly in bad weather when helicopters cannot fly,” he said, explaining how logistics can impact life-saving stroke care. “We need to be able to provide services in the communities the patients reside and the North Fulton program is uniquely positioned to do that.”

Signs of a stroke can include a loss of balance, dizziness, blurry vision or sudden vision loss, drooping in the face, arm or leg weakness, and difficulty speaking. Patients who experience any of those symptoms should call 911 and seek medical care right away.

Cindy said she is glad she got to the hospital as soon as she could — “I am so thankful that I took quick action and that I had Wellstar so close.” At North Fulton, she not only received the highest level of stroke care. Wellstar takes a multidisciplinary approach to stroke care, including specialists such as critical care specialists, neurologists, neurointerventionalists and physical therapists on the care team.

“When you're feeling pretty healthy, you don't think a stroke can happen to you. It happens so quickly. You don't necessarily get a warning,” Cindy said, sharing the importance of listening to your body’s signals when it comes to health. “You can feel one way one day or one minute, and the next minute, it changes.”

Read the full article
Published on: March 2021
Back to Top