Redefining Healing Experiences with Sound at South by Southwest 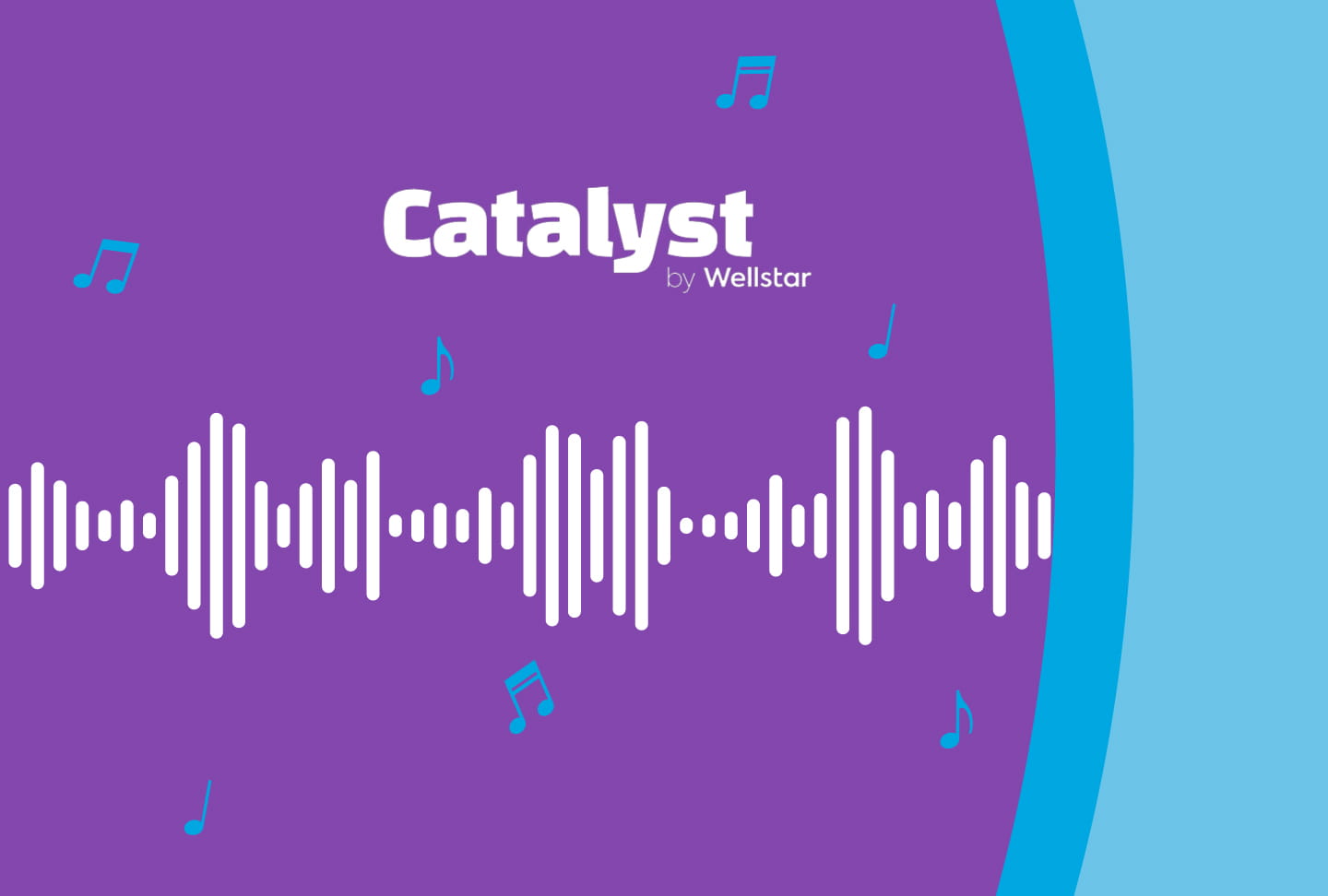 Each year a diverse group of artists, entrepreneurs and technologists join policy and business thought leaders from around the globe in Austin, Texas, for the South by Southwest conference and festival. This broad intersection of perspectives and personalities has proven to be fertile ground for big ideas to take root and thrive.

It is within this context that Wellstar Health System participated in the Health & Med Tech track to share how using immersive sound technology in a series of wellness rooms is helping frontline healthcare workers reduce feelings of stress and anxiety. This initiative is the result of a partnership between award-winning immersive audio company and software service Spatial, and Catalyst by Wellstar, Wellstar’s global digital health and innovation center.

During the panel, "Redefining Healing Experiences with Sound," Dr. Hank Capps, executive vice president and chief information and digital officer at Wellstar, shared how impactful the wellness rooms have been to frontline healthcare team members.

To help make this impact, the team was challenged to find ways to foster a calming environment without the use of screens, such as TVs. During a 12-hour shift of the near-constant monitoring of vital signs and patient records on computers and mobile devices, screens were something the team was looking to subtract, not add. This insight led to the innovative use of immersive sound technology invisibly imbedded within the walls of the wellness rooms. Team members can choose from a variety of soundscapes and transport themselves virtually to a calm beach, a rainforest with birds gently chirping, or to the bottom of the ocean.

The evidence-based use of sound/music to reduce stress and anxiety is well-documented but patients and consumers are largely unaware of it. In fact, a recent nationwide survey revealed that while only 28% of respondents were aware that sound/music is being used in targeted ways to improve physical and mental well-being, 73% were open to incorporating it as a therapy. 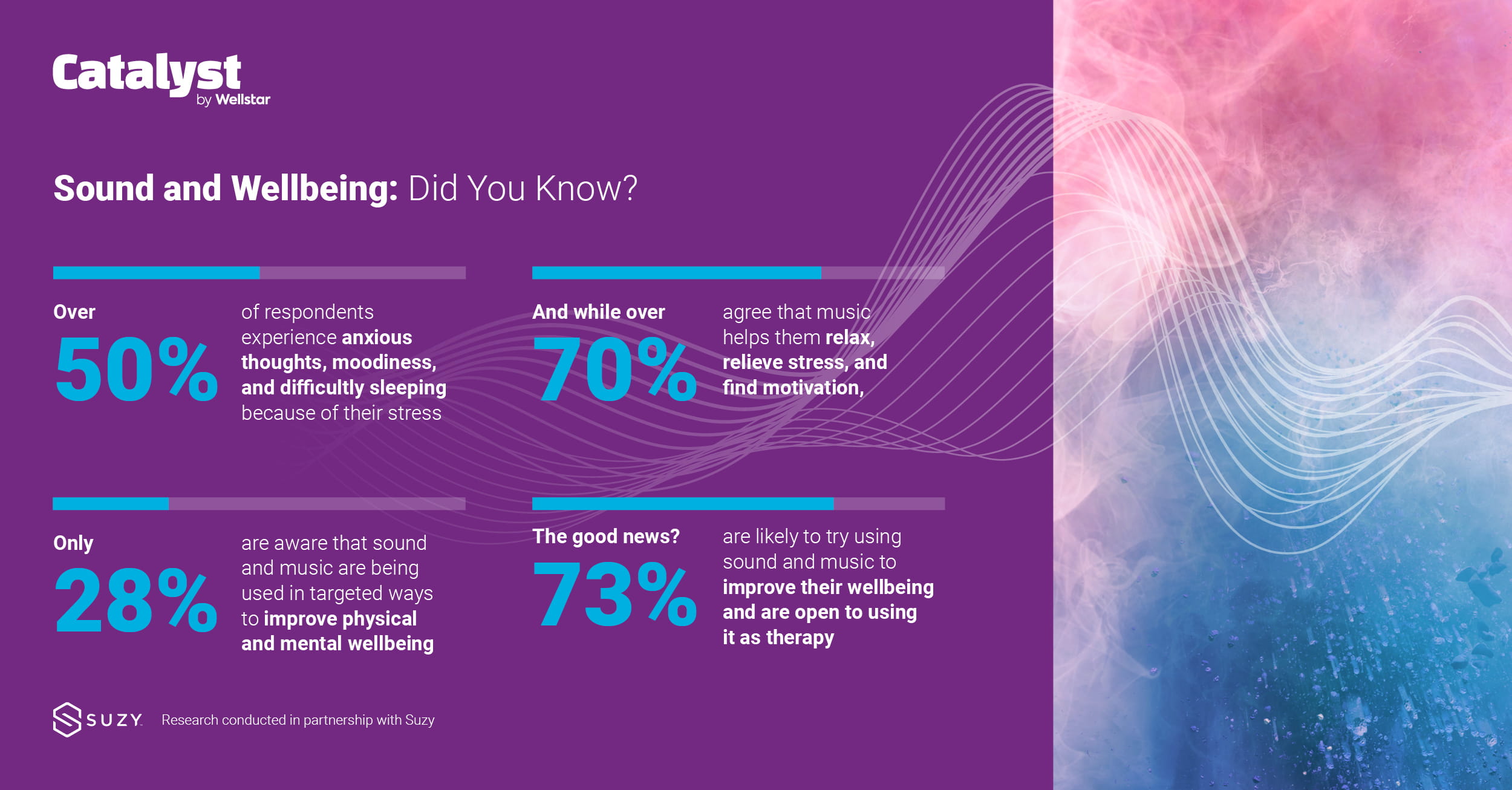 Increasing awareness could help this technology achieve wider adoption. With this pilot project, Wellstar became the first health system to incorporate immersive audio technology with Spatial in a clinical setting.

The response from team members has exceeded expectations.

The four wellness rooms equipped with Spatial technology have been used thousands of times in just over one month of operation. Initial data and anecdotal evidence suggest this component of the wellness rooms is particularly useful in helping Wellstar team members reduce feelings of stress and anxiety. As more is learned from this pilot, the team hopes to expand the use of this technology in patient-facing settings such as labor and delivery rooms or emergency department waiting areas.

Catalyst by Wellstar defines leading-edge, transformative solutions that enhance the health and well-being of people and communities with world-class results and impact. It is particularly meaningful that one of Catalyst’s first pilot projects is enhancing the well-being of people who have given so much of themselves in the service of their communities throughout the pandemic—Wellstar team members.

Catalyst by Wellstar at SXSW 2022 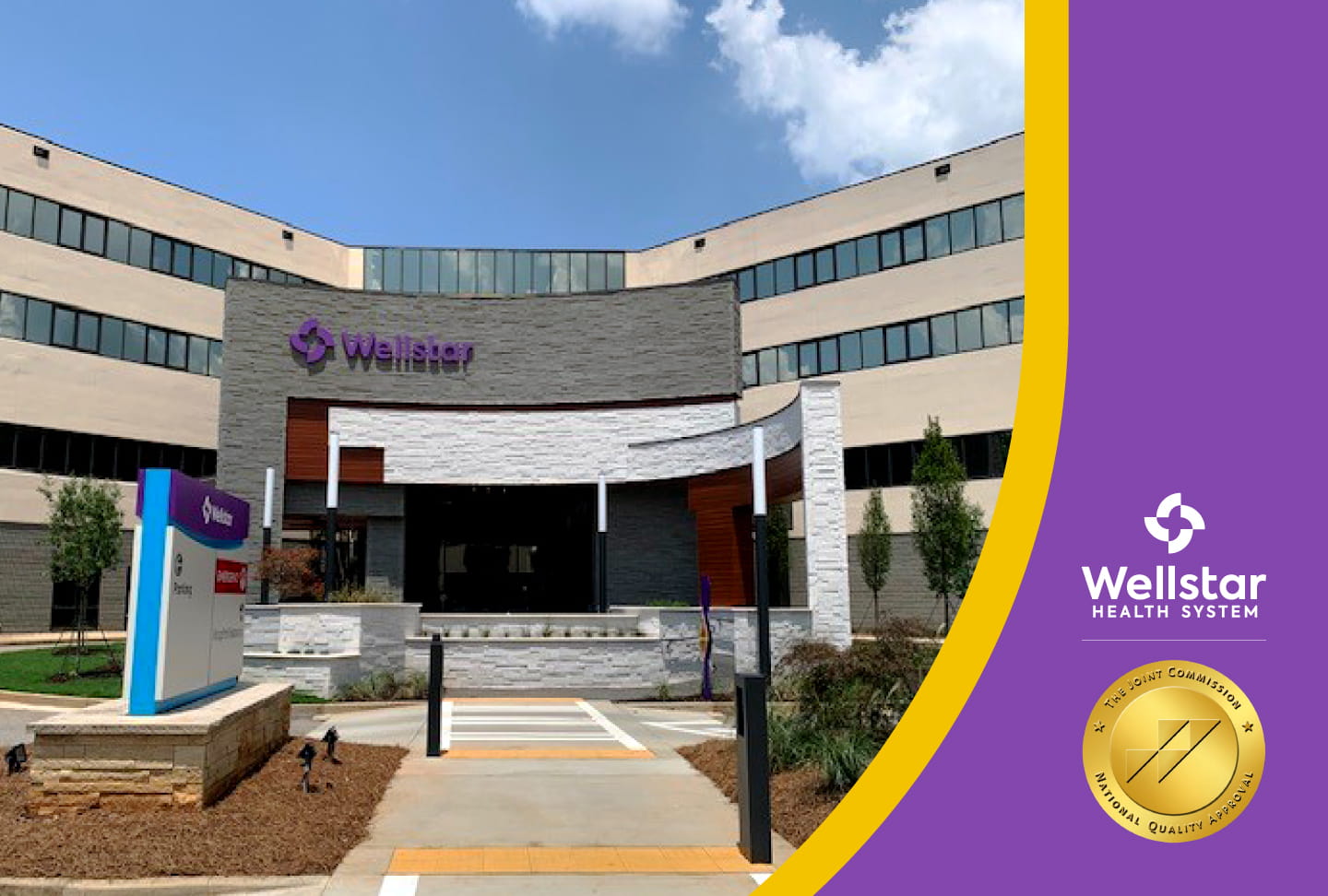 “For years, we have provided world-class stroke care for each and every patient when they need it most. This designation represents how hard we have worked to provide the very best quality care for patients in North Fulton County and across Georgia. We’re proud that our work and subsequent positive patient outcomes are being recognized,” said Dr. Michael Mendoza, medical director of the Stroke Program at Wellstar North Fulton.

Wellstar North Fulton’s certification allows more Georgians to have access to the most advance diagnostics and treatments for cerebrovascular disease such as stroke. This is important because Georgia is located in the Stroke Belt, which is comprised of 11 states in the Southeast where the associated mortality rate for stroke patients is 10 percent above the national average.

At Wellstar North Fulton and Wellstar Kennestone, patients have access to advanced diagnostics and therapies to care for even the most complicated strokes faster and more effectively. These include:

“When you have a stroke, every second counts. Getting fast, expert stroke care can mean the difference between life, death, or lasting brain damage. We are proud to receive this prestigious certification at Wellstar North Fulton, informing the surrounding community that they don’t have to go far to receive the best treatment possible. We will continue to work hard to provide an interdisciplinary, innovative, and compassionate approach to safe and quality comprehensive stroke care to all the communities we serve,” said Jon-Paul Croom, president, Wellstar North Fulton and senior vice president, Wellstar Health System.

Wellstar is a leading provider of stroke and aneurysm services in Georgia and performs one of the highest numbers of thrombectomy and aneurysm treatments in the country. The Joint Commission is a United States-based nonprofit organization that accredits more than 22,000 healthcare organizations and programs. 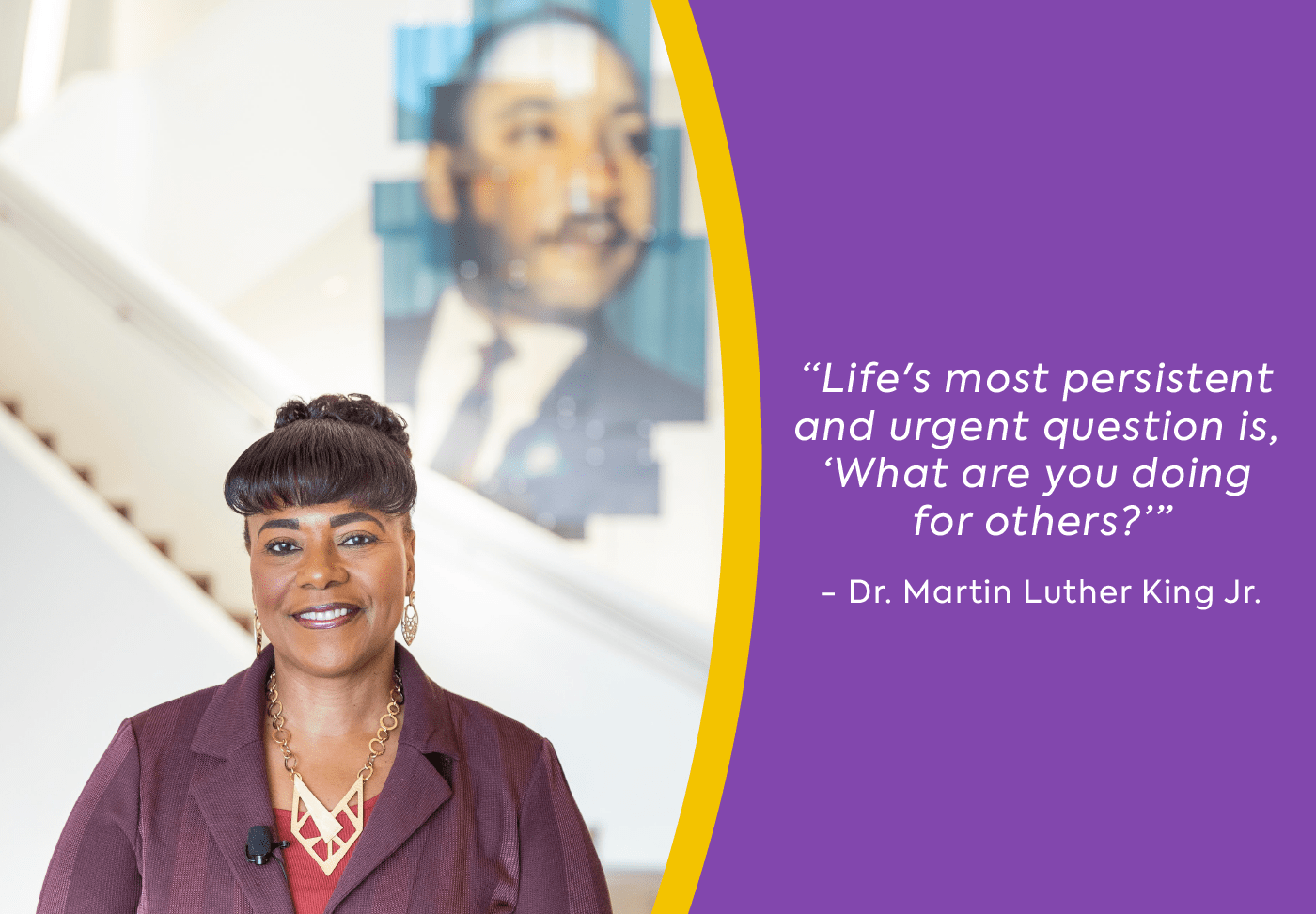 On January 12, Wellstar honored the life, legacy and many contributions of Dr. Martin Luther King Jr. with a live-streamed tribute. The program included performances from The Wellstar Singers, interfaith prayers and a keynote address featuring a conversation between Dr. Bernice A. King, youngest daughter of Martin and Coretta Scott King, and Monica Kaufman Pearson, beloved former Atlanta news anchor.

The program was themed around a 1957 quote from Dr. Martin Luther King Jr., “Life's most persistent and urgent question is, ‘What are you doing for others?’"

Throughout the program, Dr. Bernice A. King shared important life lessons instilled in her as a child, including the value of forgiveness and nonviolence. Dr. King provided insight about the state of the world, growing polarization and the need to take time to listen to those who we perceive as our enemies.

As CEO of The King Center, Dr. Bernice A. King’s mission is to spread her father’s philosophy and methodology of nonviolence. Through programs like Nonviolence365®, Beloved Community Leadership Academy and Students with the King, she is working to make perspective-altering resources available to people of all ages.

This program was pre-recorded in November at the National Center for Civil and Human Rights. The conversation was held in front of a live audience including Wellstar leaders, members of the Minority Physician Business Resource Group and our Diversity, Equity and Inclusion team.

Wellstar is proud to be a corporate sponsor partnering with The King Center on a variety of events leading up to the holiday on Jan. 16. 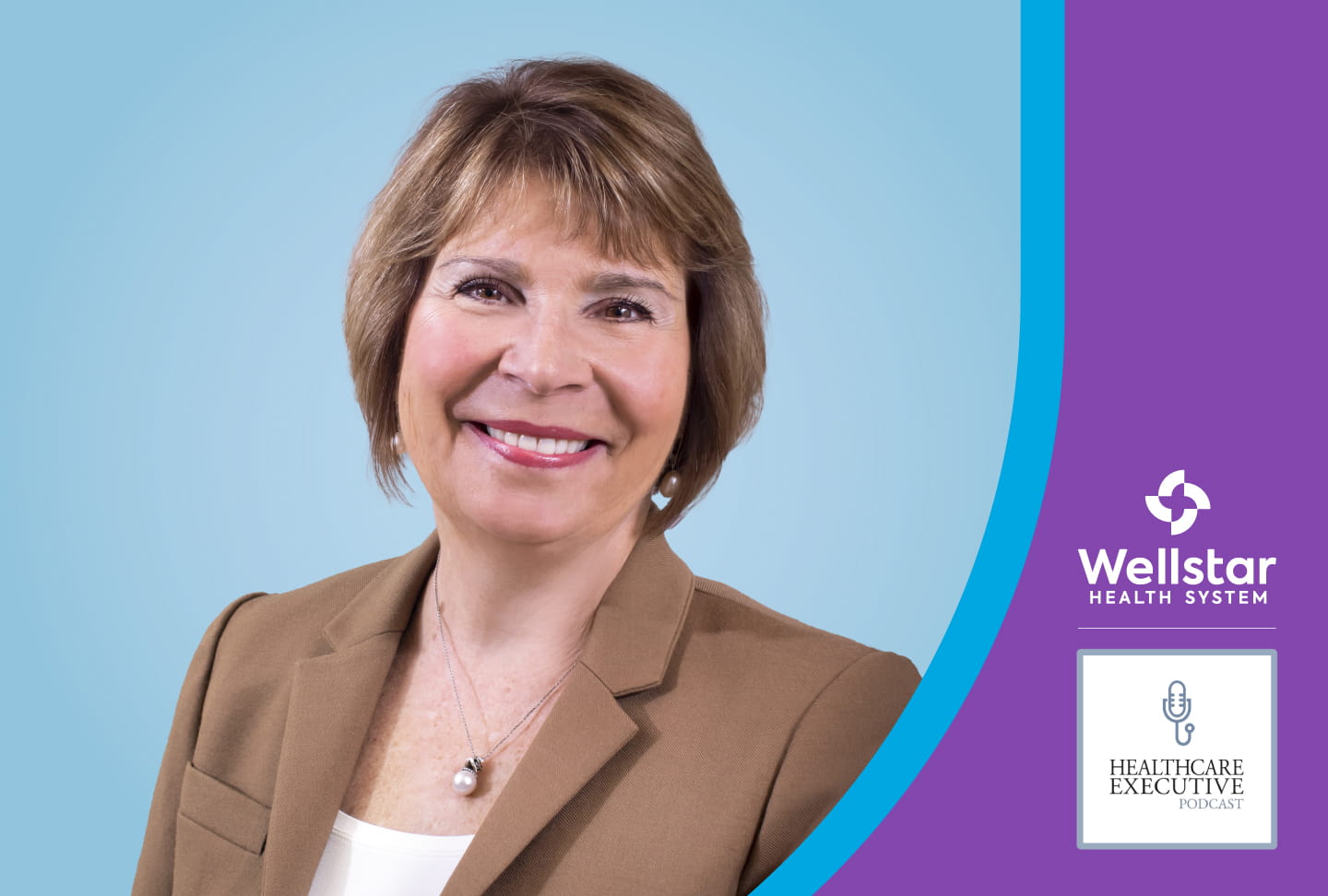 Healthcare professionals are trained to work with science, data and facts. But when the pandemic hit, leaders had to grapple with working through the unknown. According to Jill Case-Wirth, senior vice president and chief nurse executive of Wellstar Health System, core tenets of leadership, such as communication, courage, and the ability to establish trust, remained constant, while other characteristics moved more clearly into focus in 2020.

“Humility rose to the forefront,” Case-Wirth said. “You had to be comfortable being able to say, ‘I don’t know, but together we’re going to figure this out … and we’re going to do the best that we can with the information we have available.’”

“We learned a lot of things during COVID about leading differently that we shouldn’t let go of now,” she said.

Case-Wirth shared that data analytics is one of those growth areas for today’s healthcare leaders. Having the ability to review data, gain consensus on the insights, and then quickly develop a plan for an actionable change management strategy is essential for future successful leaders. As a registered nurse, Case-Wirth also places an imperative on planning for the future of nursing, pioneering a career pathway program that starts as young as middle school. In addition to partnering with local universities and technical colleges, she emphasized the importance of being “thoughtful that we have these programs in diverse communities” to reach a wide student population and grow a diverse workforce for the future.

Case-Wirth was also featured among other healthcare leaders in the article “Leadership for Intense Times” in the November/December issue of Healthcare Executive Magazine.